The portrait of Victor Frankenstein (left) is by artist Pete Von Sholly. It was used in the first TALES OF FRANKENSTEIN movie and will also appear in the sequel. The following illustrations (below) by artist Rick “Spine” Mountfort accompanied the original short stories, from which the script for TALES OF FRANKENSTEIN, BOOK 2 were adapted, as published in the magazine version of the TALES OF FRANKENSTEIN collection (Druktenis Publishing,  2004, SEE YELP), which also publishes SCARY MONSTERS magazine. 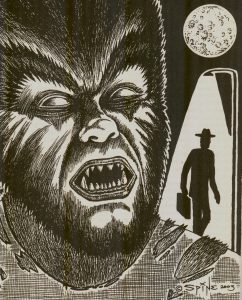 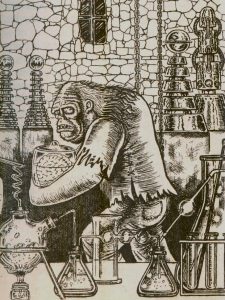 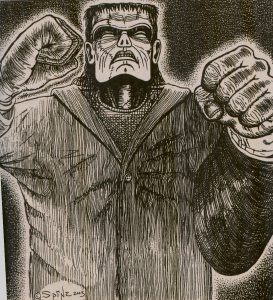 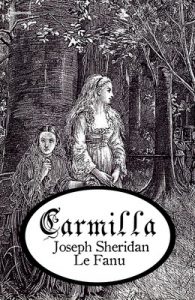 A modern-day,  urban vampire story based upon characters from Joseph Sheridan Le Fanu’s classic novelette CARMILLA  (published in 1872, predating Bram Stoker’s DRACULA by a quarter century). Gangs, guns, cops, nightclubs, even love — plus a remorseful centuries-old, vigilante vampiress! It’s not an update of Fanu’s original story, but a kind of sequel. (Screenplay completed.)